Region of Central Macedonia, the current state of the art 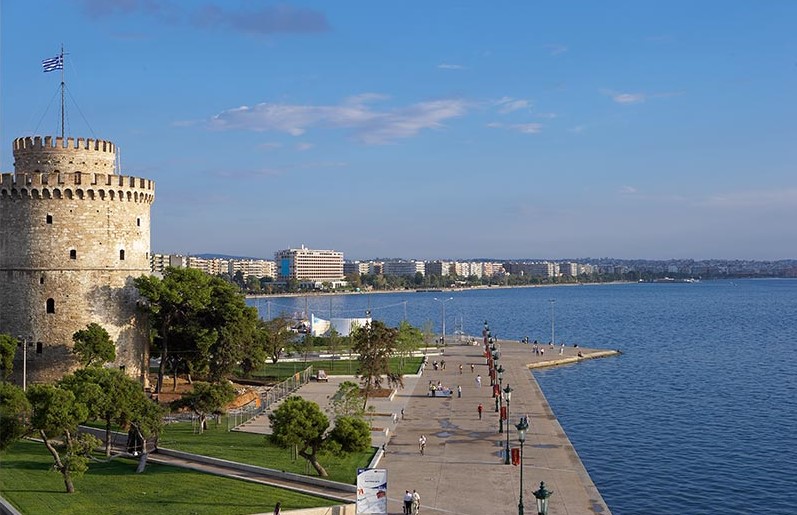 Region of Central Macedonia, the current state of the art

In the following months the Region of Central Macedonia (RCM) will carry out a transformative experiment in the framework of TeRRItoria. Its main priority is to boost the application of a gender equality approach within the Research & Innovation (R&I) ecosystems. The experiment will be based on the adoption of Territorial RRI measures in order to trigger an institutional change within the organisations of the regional stakeholders involved.

Some concrete actions and strategies are required to develop a Gender Equality Plan (GEP), comprised of the following ‘core’ steps:
– Conducting impact assessments/audits of procedures and practices (resembling self assessments and/or peer assessments) to identify gender bias in the institutions that will participate in the GEPs;
– Identifying innovative strategies to address and correct gender bias;
– Setting targets and proposing monitoring progress via indicators.

More about the Region of Central Macedonia

The RCM has a population of 1,875,000 inhabitants, representing 17 percent of the country’s total population and produces 17 percent of national GDP (the second highest contribution after the 37,7% of the region of Attica)1. It is the largest Greek region in size and the second largest in population. The regional capital is Thessaloniki.

The mission of the Region is promotion of the financial development, competitiveness, and extroversion of its businesses, protection of the environment and public health, protection and promotion of cultural heritage, and the improvement of the living standards of the two million people that live in it. Its vision is to be the friendliest region in Greece for Investments, Innovation, and Entrepreneurship.
The Region’s strategy focuses on:

As part of the Online S3 project, an e-policy platform has been developed which, augmented with a toolbox of applications and online services, is able to assist national and regional authorities in the EU to elaborate their Smart Specialisation agenda. One of the key elements of Online S3’s success is effective community engagement. This element is addressed by informing people about potential benefits from participating actively in region-wide, technology-based innovation processes, engaging a large community of actors, encouraging interdisciplinary collaboration, and incorporating early knowledge-sharing processes, as well as leveraging a host of alternative crowdsourcing tools and so maximizing the overall benefits that can emerge from participatory innovation.

Main productive sectors in the region

The main productive sectors in the Region, according to the Online S3 report for the year 2011 (the most recent data available), are: tobacco (5.11%), farming and animal husbandry (2.46%), apparel (1.97%) and agricultural products (1.38%). Manufacturing of food products is a sector that has a large number of working people and a high percentage of GDP and exports in the Region; its scientific knowledge can also boost other correlated sectors such as manufacturing of chemicals, pharmaceuticals, and machinery.

According to the EU’s Regional Innovation Scoreboard, the Region of Central Macedonia is a moderate innovator whose innovation performance has, over time, increased by 21.3%. Innovators, Linkages, and Employment Impacts are the strongest innovation dimensions.

At the regional level, the RIS3 Strategy of the RCM may offer a basis for defining vision and objectives. Central Macedonia should aspire to and promote an open and innovative region, characterised by:

In Region of Central Macedonia, 4 regional specialisation sectors have been identified which add decisively to the Gross Added Value of the region, employing a significant number of workers, maintaining critical mass and exhibiting intrinsic dynamics and extroversion. The sectors are designated “Champion Sectors” of the Region and are as follows:

In addition, another 4 sectors have been identified, all technological and with a particularly decisive role in the taking full advantage of the regional economy in order to increase innovation, competitiveness, and extroversion. The technological sectors act as catalysts for absorbing innovation, identified as “Horizontal Support Sectors” and are the following:

A geographical location with strategic importance in South-East Europe, in combination with the region’s participation in the ﬁeld of entrepreneurship in South-Eastern Europe

Strong presence in the food and drinks sector, as well as in the clothing, textile, and building material industries

World-famous tourist destinations and links between tourism and other fields of development, such as the agri-food sector, local commerce, culture, religion, folk traditions, etc

A dynamic network of enterprises carrying out knowledge-intensive activities based in Thessaloniki, accompanied by suitable facilities for their proper functioning such as incubators and science parks

Excellent scientiﬁc teams in the region, in accordance with the European criteria

A city, Thessaloniki, which functions as a junction for science throughout the region, with inﬂuence on neighbouring regions as well

A Thessaloniki metropolitan area which can offer a suitable environment for open innovation, thanks to its demographics

No intense employment and a low-to- medium technological intensity

When considering the added value of tourism, the region’s performance in tourism can still be considered low, despite its workforce

No significant presence in the ﬁeld of telecommunications

Positive actions towards the development of tourism in Greece

The Common Agricultural Policy is motivated to contribute to agricultural development

Tendencies towards the increase of exports in various markets, mainly the ones of South-Eastern Europe

Building materials conformant with environmental and energy standards, a ﬁeld which generally stands out in South-Eastern Europe

Promotion of the concept of “Rail Dardanelles”, according to which Thessaloniki is the main junction for the proposed network of ports and commercial railways in Northern Greece

The new legislative framework for reforms in academic institutions, regarding research policies, technology transfer, and contribution to regional development

Research teams applying the Smart Specialization Strategy (S3), based on the needs of the regional economy

Negative environment for promoting entrepreneurship due to excessive legislation, bureaucracy, taxation, and lack of access to cheap funding

The macro-economic environment puts at risk the state funding of research (new positions for researchers, infrastructures, and equipment)

Withdrawal of the workforce, as a reaction to the high rates of unemployment among young people in the region

Competition from neighbouring countries regarding the development of outsourced ICT applications