Trøndelag : the current state of the art 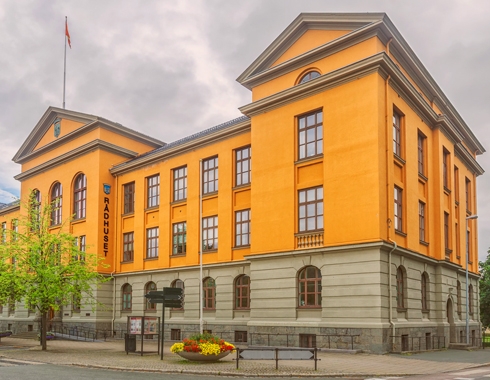 Trøndelag: the current state of the art

The Norwegian region participating in TeRRItoria is the County of Trøndelag, represented by Trøndelag County Council. It is part of the middle layer of the three-tiered governance system in Norway. Situated between the national and the municipal level, it has a number of clearly defined responsibilities and the goal of facilitating economic growth and development, including planning guidance.

The main public instruments used in the County Council’s economic development work are:

The County Council’s support for regional economic development is mainly performed through development of the regional development plan and provision of funding and support for processes related to realising the plan’s objectives. Moreover, the Council enables development processes by facilitating meeting arenas, knowledge, networking, public communication, and similar initiatives. It is responsible for the whole of the county, which includes bridging gaps between centrally located actors and actors in remote districts.

Trøndelag has complete value chains in agriculture, forestry, and the marine sector. Furthermore, the region has international and national research and scientific communities, as well as established networks and economic clusters. Trøndelag has long traditions when it comes to harvesting marine life, but the region has gradually become known as a leading centre for modern industrial salmon production. Trøndelag accounts for approximately 20% of total Norwegian food production and the county transports considerable amounts of food to other parts of the country. Trøndelag has a large wood-based industry and favourable conditions with access to markets, complete value chains for processing, raw materials and, last but not least, networks at both regional and municipal level.

92% of enterprises in Trøndelag have less than ten employees. Between 2008-2017, Trøndelag experienced growth in Gross Domestic Product (GDP volume measure at constant market prices) of 23,8%, compared to Norway as a whole with an average of 14,9% (oil production excluded). As for the rest of Norway, the largest contributors to the GDP are knowledge-intensive and service industries (e.g. health services, construction and real estate, energy). For these companies, Trøndelag is the second most attractive region in Norway (behind the national capital Oslo), largely due to the presence of excellent education and research hubs.

Universities, research institutes, and technological companies are key suppliers of knowledge and labour/expertise, while the scope and size of these organisations make them an important industry. Trøndelag houses the headquarters of the Norwegian University of Science and Technology (NTNU) and the research institute SINTEF. These are complemented by the presence NORD University, with its strong entrepreneurial expertise and decentralised structure. Together they represent one of the region’s biggest advantages.

In Trøndelag, an important part of the innovation system consists of so-called business gardens. These organisations are financed by national funding programs through SIVA (The Industrial Development Corporation of Norway):

In TeRRItoria, iNam and Røroshagen Business Garden were selected as main local partners since they represent different local contexts within the region. Receiving basic financial funding from national funding sources, they promote local and regional growth, cooperation, and development while providing access to expertise and networks.

Participation in EU projects like TeRRItoria is one of the recommendations of this strategy. Business gardens are among other actors explicitly as responsible for increased R&D in the region, e.g. through describing local and regional demands and needs.

Over the course of more than a decade, the Regional Authority, in partnership with universities and research bodies in the region, has created and developed the Regional High Technology Network. The Network currently includes 96 facilities, comprising 82 industrial research laboratories and 14 innovation centres.

The S3 described above has been in effect since the end of 2017. Since then a work plan has been developed and is in the process of being implemented. The business gardens program has a longer history, however, stretching back to 1998, where it was initially intended to co-locate important economic development functions. Since 2006 business gardens have been explicitly referred to as regional innovation actors, which was confirmed in the present funding period, now close to its completion. How funding for business gardens will look like after 2020 is still unclear.