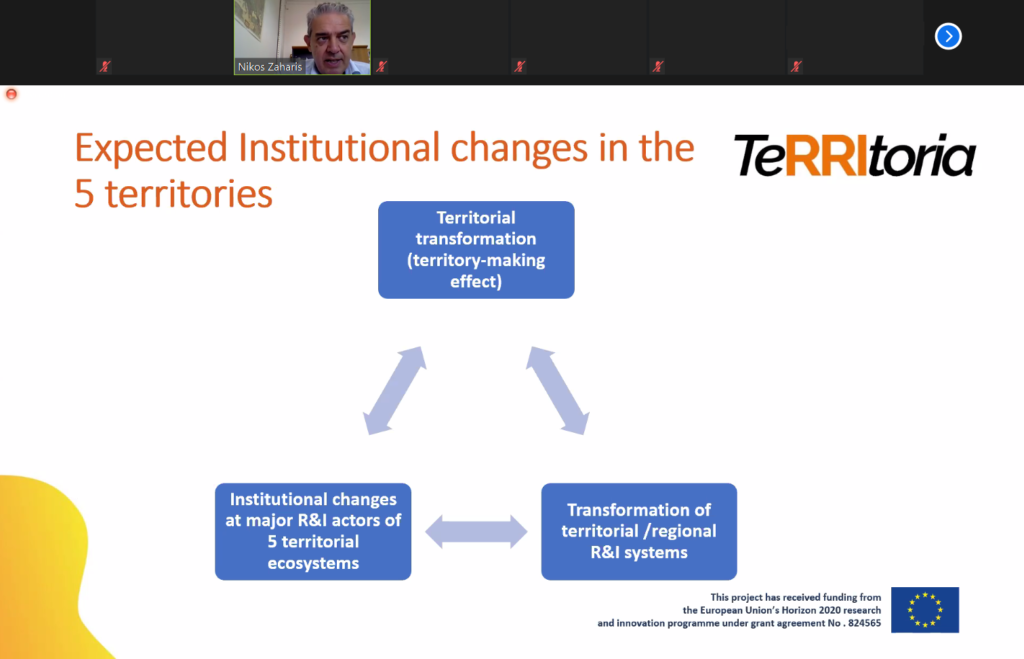 This Wednesday the 30th of September, TeRRItoria participated in #RRI4real, the three-day final conference of fellow RRI project FIT4RRI. Nikos Zaharis, Director of SEERC (the South-East European Research Centre) who also contributes to FIT4RRI, spoke about TeRRItoria in a session entitled “Institutional change in territorial/regional contexts and grounding RRI in organizations”.

He firstly outlined some broader challenges, including: the shift to a post-modern society; increased levels of mistrust towards science and innovation; the effects of globalisation; the criticism of research institutes towards having a vested interest in justifying their own existence. Additionally, he pointed out, the process of Research & Innovation Smart Specialisation Strategies (RIS3) is often criticised as a “dialogue of experts” excluding society.  S3 has been equally accused of being “hijacked” by big institutions, for example large universities or corporations in particular regions. A reliable concept of responsibility, he says, is needed.

Nikos then presented some of the project’s aims, including to:

Next, listeners heard how RRI can improve the inclusiveness and responsiveness of RIS3. Suggestions here included that Open Access can lead to more Open Data and Innovation in a certain territory. More RRI-friendly governance can lead to increased engagement of the public.  Meanwhile, focusing on the Public Engagement and Science Education keys of RRI will boost a region’s R&I capacity by bringing more people into the R&I fold. Lastly, Ethics and Gender Equality will both increase public trust in R&I and make more use of people’s capacities by increasing women’s ability to contribute to R&I.

Nikos stressed how a “business as usual” approach can often pervade established R&I actors, leading to a hesitancy to change and adopt RRI principles. Placing a focus on the RRI dimension of anticipation here, the anticipation of future developments can ensure RIS3 sees the need for change and moves beyond this complacency. Reflexivity, on the other hand, allows actors to better see their own needs, aspirations, and limits. Such reflection can also help them to serve society better. This in turn touches on responsiveness, the idea that societal opportunities and risks (as well as economic and environmental ones) should be considered and dealt with. Lastly, RRI depends on inclusiveness. In the frame of territorial RRI, this means bringing in and making use of local capacities (entrepreneurial, scientific, and societal) in the RIS3 cycle, so as to ensure that the best possible broad and representative range of views is integrated into the process.

More than meets the eye

A collection of slides and video recordings from the entire FIT4RRI final conference is available on the event’s webpage. TeRRItoria looks forwards to seeing you at the next such event, by which time it is expected that the project will be in the stage of implementing the Transformative Experiments. 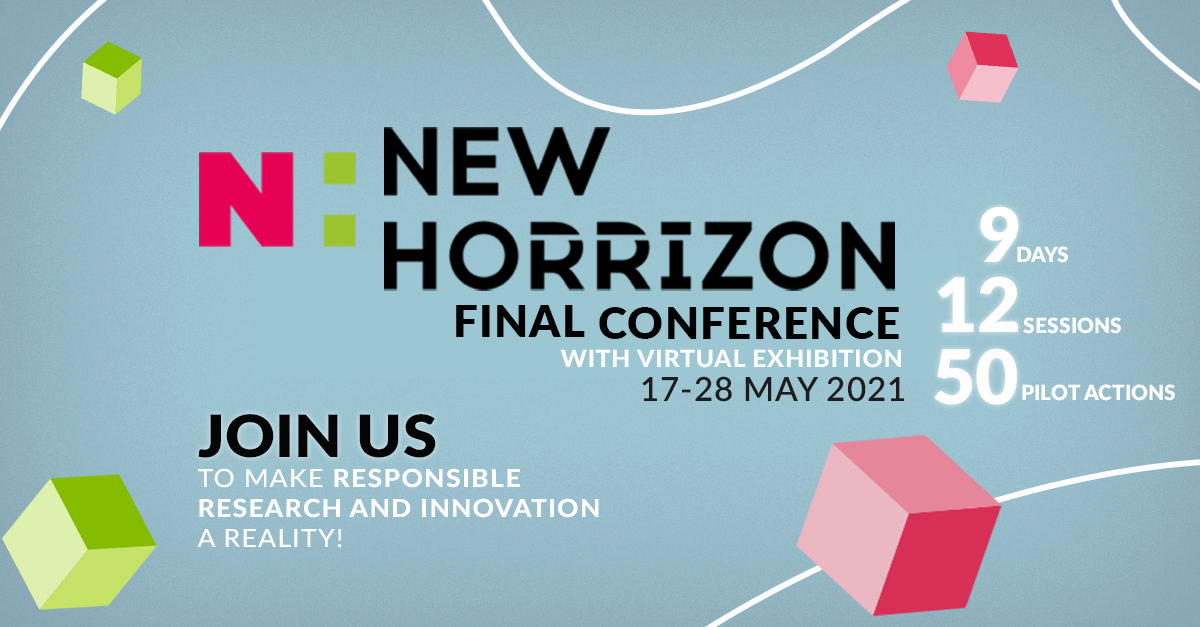 NewHoRRIzon Final Conference Horizon 2020 project NewHoRRIzon is organising its final conference virtually from the 17th to the 28th of May 2021, as the project is coming to an end in September this year. This virtual final conference will aim to share with attendees the different achievements made, tools developed, 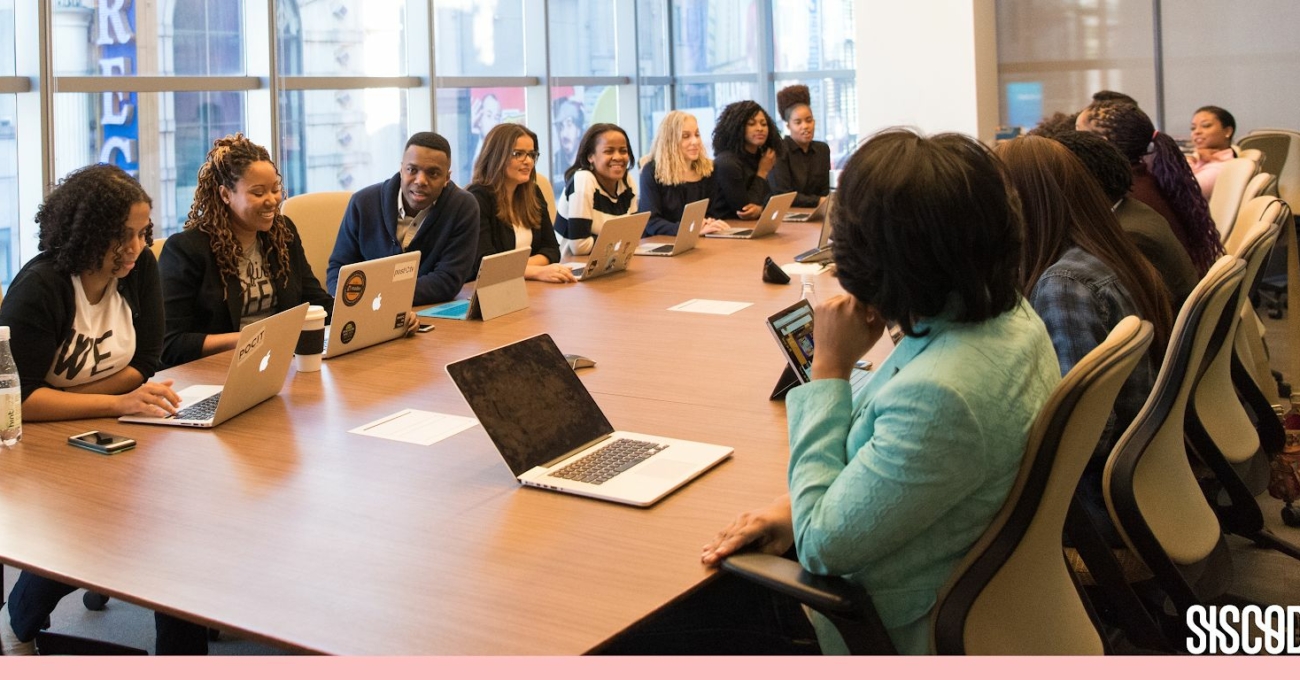 CoRRI Forum Sustainability Action Plan, online workshop SISCODE project organises the CoRRI Forum Sustainability Action Plan workshop online on 26 April 2021, 10:00-12:00 CET.   CoRRI as a community of practice to stimulate application of co-creation and public engagement in policymaking has been conceptualised, prototyped, implemented, and tested in the RRI project SISCODE. Throughout its journey, CoRRI has engaged 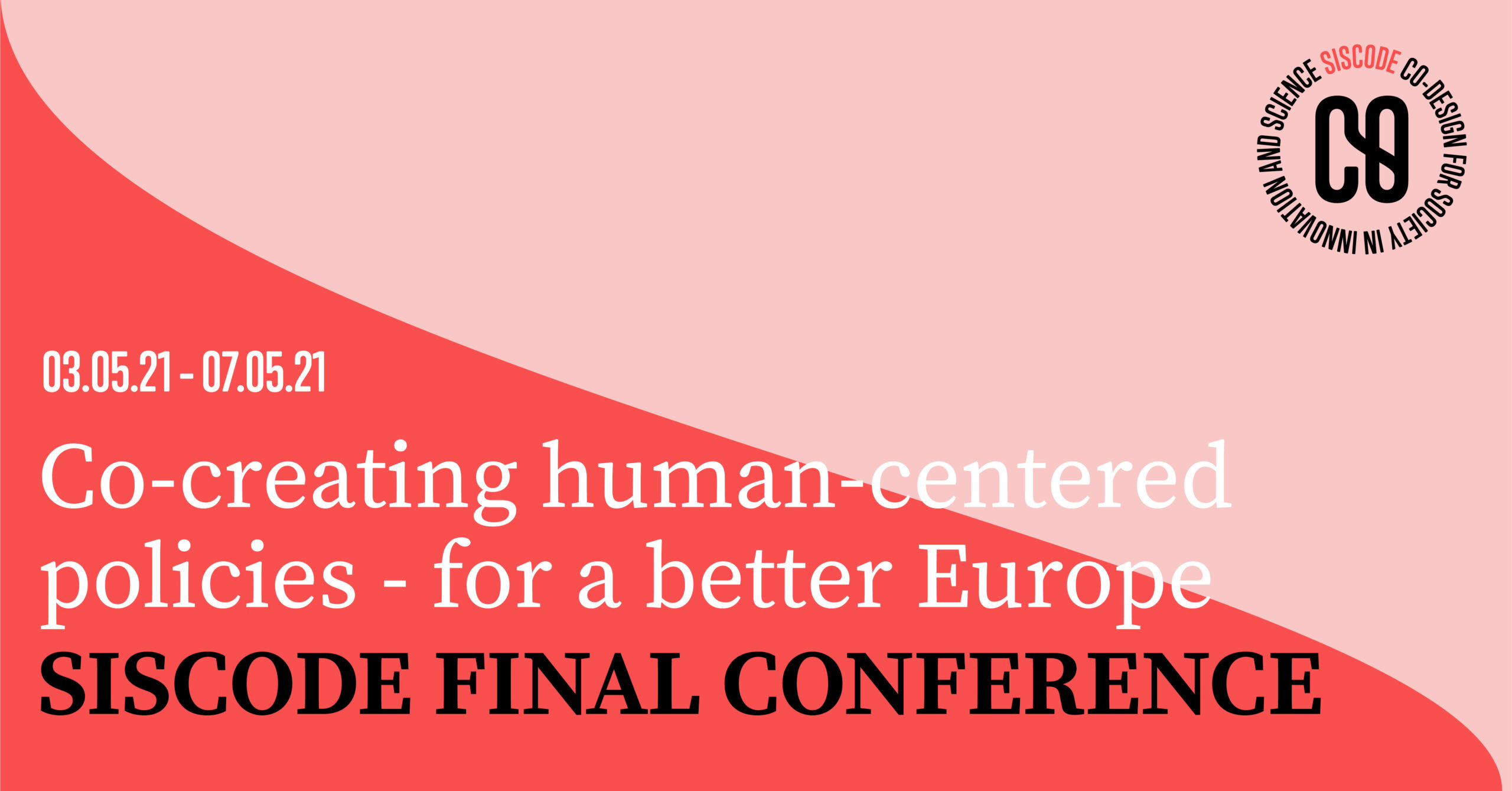 SISCODE final conference From the 3rd to the 7th of May 2021, the RRI project SISCODE will organise its final conference online.  The event “Co-creating human-centred policies – for a better Europe” will be a great opportunity to explore how to co-create and design the future through responsible, inclusive, and