North-East Romania: the current state of the art 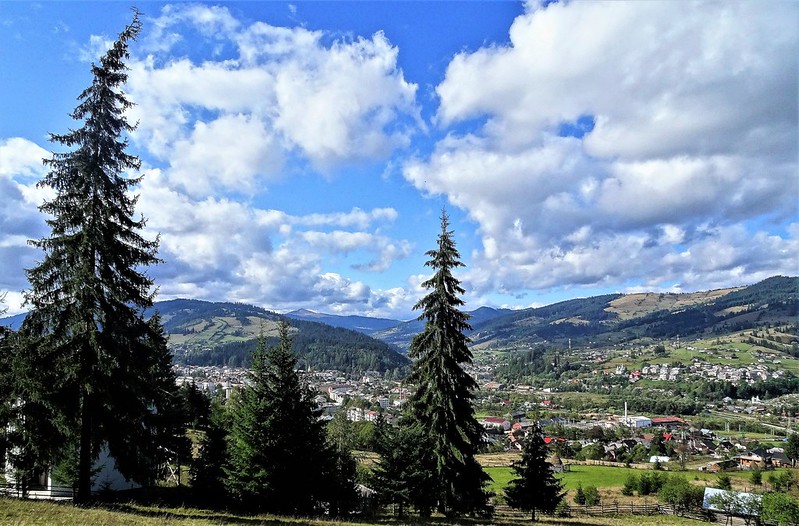 North-East Romania: the current state of the art

The North East Regional Development Agency (North-East RDA) works to stimulate economic development in a region covering the north-eastern part of Romania. Traditionally, this is part of the historical region of Moldova (mainly Western Moldova and Southern Bukovina). The agency is a generator of economic and social development in the its region of Romania. It develops and promotes strategies, attracts and capitalises on resources, identifies and implements financing programs, and provides services to stimulate sustainable economic growth, partnerships, and entrepreneurship.

The main objectives of North-East RDA are:

The North-East Region is composed of the following counties: Bacău, Botoșani, Iași, Neamț, Suceava, and Vaslui. TeRRItoria will realise two pilot experiments in the territories of Bazinul Dornelor Local Action Group/LAG + Vatra Dornei Municipality (the only urban centre in the area, which is not included in the LAG) and Ceahlau LAG. There are neither clusters nor incubators in the two pilot areas, only Ce-MONT, the Centre for Mountain Economy. Ce-MONT is the only piece of research infrastructure in the pilot area. It deals primarily with fundamental scientific research – both theoretical and practical, with a multi, inter, and trans-disciplinary approach – in the economic areas specific to mountains. Its main research activities are rural mountain agriculture and small-scale and family farming, since these are most common in the mountains, especially in the Romanian Carpathians.

The expertise of North-East RDA will be used in order to establish a consultative instrument at pilot level to support Responsible Research and Innovation (RRI). Through inclusive debates, dialogue, and one-on-one interviews with key actors, they will be in the position to bring together local efforts and to foster on-the-spot innovation. This is done whilst keeping public engagement in mind at every step of the way. North-East RDA will use and adapt its prior experience in Smart Specialisation Strategies for Research & Innovation (RIS3s) to help the communities in the pilot scheme to accept and embrace change and to benefit from the quadruple helix engagement. Based on the result of the 5 planned meetings (3 Entrepreneurial Discovery Processes, 1 writeshop, and 1 larger public event), North-East RDA will coordinate the design of the brokerage platform for innovation in the pilot area.

Tacit knowledge and various mountain research papers show that the phenomena of aging, migration, and depopulation are more pronounced in mountain areas than in lowlands. This is especially true for the Carpathians, including for the two territories chosen here. Throughout the late 20th century there was a tendency to leave rural areas for proximity to urban centres (jobs in industry), and the four urban areas in the pilot (Vatra Dornei, Brosteni, Bicaz) benefited from this population inflow. Now, the tendency is to leave the whole area (not just the rural parts) for bigger cities in the NE Region (i.e. Iași) or even beyond region’s borders. This is mostly applicable to those in the age bracket of 25 – 49. Those aged 20-24 are leaving the area for studies and most of them will not return, principally because of the lack of career opportunities.

The analysis of the main sectors of activity in the Dornelor Basin highlight that the majority of firms are concentrated in the municipality of Vatra Dornei. This fact strengthens the position of Vatra Dornei in the micro-region, as well as its role as an attractor of growth within the territory. Around 70% of its local workers are employed in the trade sub-sector. The service sector engages the highest share of employees; it was among the most accessible alternatives for local inhabitants during the transition to a market economy when layoffs from the mining sector were experienced . The service sector is represented by 765 of the enterprises there, in 2012, the largest share being held by companies in the wholesale and retail trade (58%). Other important subsectors of activity are hotels and restaurants (15%) In 2014, in the municipality of Vatra Dornei there was a slight increase in the turnover of the tertiary sector. As regards the secondary sector (industry and construction), in the municipality of Vatra Dornei in 2012, there was a concentration of 78 companies of which 59% were active in the field of manufacturing. Within the processing industry (46 companies), the wood and furniture industry (a traditional industry) and the food industry are dominant. In 2014 the number of the municipality’s enterprises in the agriculture, forestry, and fisheries sector represented 3.46% of total economic activity, so the number of employees in those sectors is also limited. At the level of Vatra Dornei, the total number of enterprises at the end of 2014 was 434. Economic activity there is mostly concentrated in the tertiary sector (services) comprising 72.42% of the local economy and the secondary sector (industry and construction), with a share of 22.12 %. Governance system North-East RDA is the coordinator of smart specialisation in the region, initiating the process, developing a regional strategy, facilitating dialogue between stakeholders, implementing and promoting the strategy, monitoring and evaluating the whole process, collecting information, and coordinating the strategy review and its adaptation according to socio-economic developments and in accordance with national/European policies. The main actors involved (designated structures) are as follows: The Regional Innovation Consortium (RIC) – the governance body of the North-Eastern RIS3 – consists of representatives of the regional quadruple helix; its main role is endorsement of the RIS3 and the prioritisation of smart specialisation projects’ portfolios. The Academic Consultative Commission (ACC) supports the RIC in the elaboration and operationalisation of RIS3. The Centre for Mountain Economy (CE-MONT) is also represented in the ACC. North-East RDA – coordinator of the RIS3’s elaboration and the implementation of the regional Entrepreneurial Discovery Process (EDP) – ensures the Chairmanship of RIC, as well as the Technical Secretariat of the RIC & ACC. Other institutional players In Trøndelag, an important part of the innovation system consists of so-called business gardens. These organisations are financed by national funding programs through SIVA (The Industrial Development Corporation of Norway): Rørosregionen Næringshage (Holtålen, Røros, Tydal, Selbu); iNam: Innovation in Namdalen (Namsos, Overhalla, Grong, Flatanger, Fosnes, Nærøy, Vikna, Leka, Høylandet, Namsskogan, Røyrvik, Lierne); Nasjonalparken Næringshage (Oppdal, Rennebu); Næringshagen i Orkdalsregionen (Meldal, Orkdal, Skaun, Snillfjord, Agdenes, Hemne, Rindal); FI: Fosen Innovasjon (Rissa, Ørland, Bjugn, Åfjord, Roan, Osen, Leksvik). In TeRRItoria, iNam and Røroshagen Business Garden were selected as main local partners since they represent different local contexts within the region. Receiving basic financial funding from national funding sources, they promote local and regional growth, cooperation, and development while providing access to expertise and networks.

PrevPreviousTrøndelag : the current state of the art
NextHow can the introduction of RRI principles enhance the development and implementation of the Smart Specialization Strategy (RIS3)?Next