The young can plan the future of Gabrovo 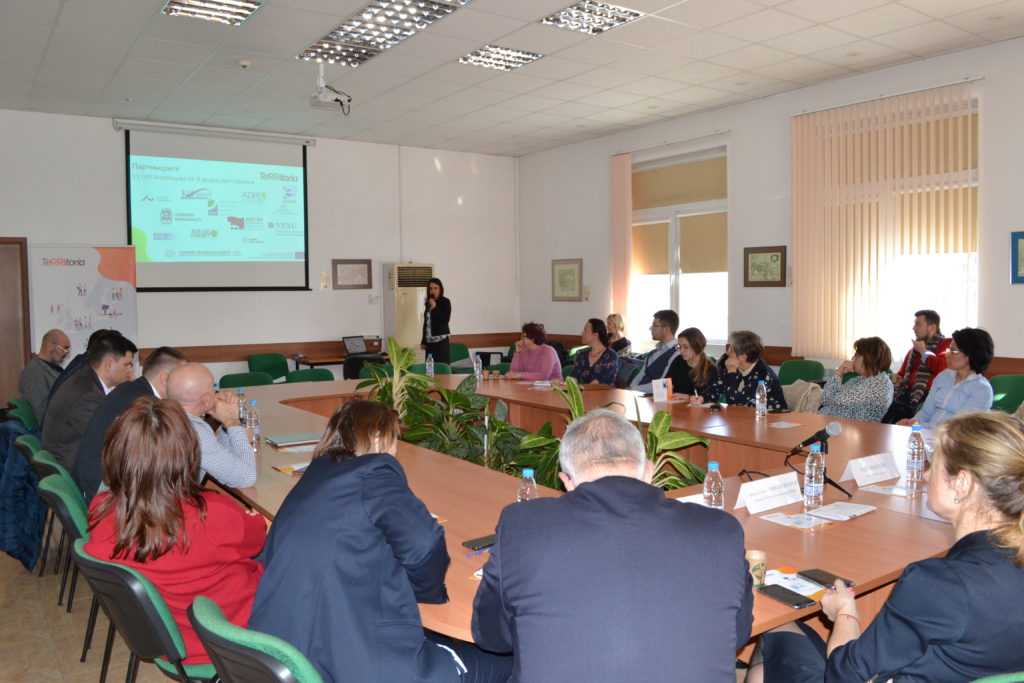 The young can plan the future of Gabrovo

The young people of Gabrovo can and should take part in the future development planning of the city – this aim stood out as the main agreement reached during the discussion meeting on the topic “Together for the future of Gabrovo”, conducted on the 28th of February 2020.

The event, organised by Gabrovo Municipality together with ARC Fund and with the support of the Institute of Market Economy, was an introductory meeting for the project TeRRItoria, “Territorial Responsible Research and Innovation Through the involvement of local R&I Actors”, financed under Horizon 2020.

The discussion, hosted by the Technical University of Gabrovo, was opened with introductory words and a presentation of TeRRItoria. The meeting presented the activities to be realised during project implementation in Gabrovo Region,- one of the 5 European regions in which the approaches of territorially responsible research and innovation are being researched and experimented with. Achievement of public involvement in the planning processes for the development of a Smart Specialization Strategy was outlined as a leading goal. In the project implementation, Responsible Research and Innovation approaches are to be applied. The scientific community, educative circles, local authorities, business, and civic society structures will realise the strategic planning processes together.

Ventsislav Kozarev, Programme Manager in ARC Fund foundation, took part in the meeting, presenting aspects of innovative planning through the mobilisation of territorial development. He underlined that territorial planning includes challenges such as mobility, migration of people, capital, and knowledge, as well as that there are enough factors supportive of development in Gabrovo, such as the existing scientific-research and innovation eco-systems and good cooperation within the public sector. Within the available instruments for achievement of the planned development Ventsislav Kozarev outlined Open Science, through which a macro framework could be built, connecting innovations with local communities and their interests. This would provoke the scientific process to venture out of its usual media and to communicate its achievements with wider circle of stakeholders.

The economic vision for the future of Gabrovo was presented by Peter Ganev, Institute of Market Economy, who highlighted the investment profile and the municipal development plan of Gabrovo. More precisely, the actual investment environment of the region has the potential to set the economic development approach, one of the most important aspects of which is the development of the city’s industrial zones.

In the discussion part of the meeting several important steps to support the future development planning of Gabrovo were discussed. Among them, one which stood out as extremely important was the need to consider the opinions of young people; their interests, talents, and ambitions. Other suggestions were: development of an interview form for students and young people; attracting young people who could participate directly in the city development plan preparation; establishing contact with business through research into its needs and development potential; and the promotion of local products to young people.

More meeting within TeRRItoria are forthcoming. The expectations are they will be useful and productive, so that the future development of Gabrovo will achieve its true potential and the process will provoke new ideas and challenges.